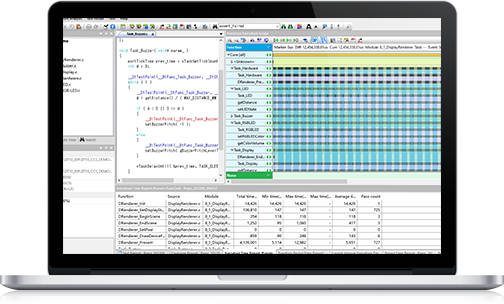 DT10 is the Next Generation Dynamic Testing tool purpose-built for Embedded Software Engineering. It unifies the capabilities of a variety of traditional embedded testing tools into a single powerful solution that works on any embedded software target, independent of the particular embedded OS or CPU.

DT10 provides a suite of powerful features to capture characteristics of the runtime embedded software. Automatic source instrumentation places “Test Points” into key locations throughout the code, facilitating the transfer of vital trace & debug data back to the host PC. Once the data has been captured the DT10 Software analysis engine will generate a collection of reports helping to pinpoint Performance and Functional Defects in the software, along with sets of Graphs and Charts giving a visual representation of the embedded software in action. These reports include Function Execution Time, Code Coverage, Performance Monitor, Event Trace, Variable Monitor, just to name a few. The DT10 Multi-wave Scope even allows Analog and Logic Signals to be captured and analyzed from the target, and correlating with states and transitions in the embedded software.

As embedded software becomes more complex, embedded software developers and testers are increasingly faced with challenge to deliver more with less. Traditional embedded system testing are no longer sufficient. The need to support a wide variety of OS, CPU, cross-compilers, mutli-core, and actual target boards makes it extremely difficult for most of the testing tools to perform any meaningful test execution on target. While host based testing with techniques such as static analysis, unit testing, offer some value in error prevention, actual target testing is required for not only many of the regulatory compliance requirements but also critical to identify those illusive errors that only surface while application is executed on the target device. Even then, due to so many dependencies and variables, errors/bugs do not surface during every execution. These hard-to-reproduce and hard-to-detect errors/bugs require a new generation of dynamic analysis solution.

DT10 is the next-generation embedded testing solution that leverages real-time gray box testing techniques combined with capabilities of function and event tracing, variable monitor, coverage analysis, and many more to deliver embedded software developers and testers the simple, easy to use automatic dynamic testing solution. DT10 is OS and CPU independent which means no customization nor additional coding required for testing on actual target device. DT10 support for multicore allows users to obtain test reports by each executed core and graphical CPU load measurement value. Most importantly, DT10 is capable of long term tracing up to 32 days without stopping the application execution which is critical in uncovering those illusive errors/bugs. 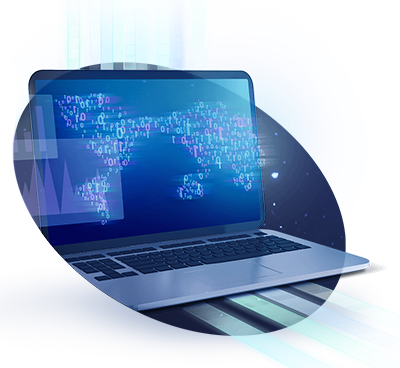